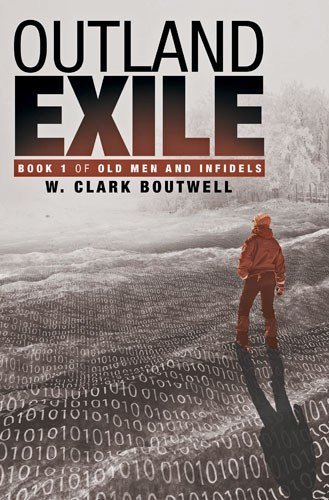 Book One of the politico-social fiction series set in an America divided into separate countries for the young and old. Follow middle-aged 17-year-old Malila Chiu on a voyage of discovery.

The world is getting older … and younger. In 2128 America is dead and the Democratic Unity killed it.

Ruling from its east coast bastion, the Unity considers itself Democracy’s finest emanation. With full employment, free healthcare, computerless surfing of the nation-wide CORE computer, and excellent recreational drugs as reasonable prices, the Unity mandates retirement at forty, ensuring that fatigue and error do not contaminate a society built on youth innovation and vigor.

Middle-aged, seventeen-year-old Malila Chiu, despite being a modern hero of the DUFS, finds her career in tatters. Mindless vandalism by the barbarous outlanders has provoked her demotion and possible denunciation. Her only recourse is to repair the damage herself.

Exiled to the savage wilderness of Wiscomsin (sic), Malila starts her penance. Despite progressing well on the repairs, it’s hard work. Dropping from fatigue Malila awakes only to find her platoon murdered and a knife at her throat, wielded by an impossibly old, disfigured, and barbarous savage. Jesse Johnstone, seventy-six and also middle-aged, is a lusty, chaste, dour, jovial, and learned savage. Surviving harsh weather, dangerous animals and plants, slavers and each others’ disdain, both Malila and Jesse gain new insight into the nature of truth and illusion

Any desired inscription can be added by the author. Just leave us a note.