Elderly to the Ovens

Published May 7th, 2016 by Oldmenadmin 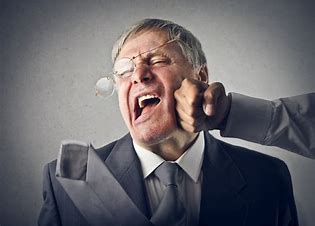 I saw a blog today. I searched “Old People.” The very first hit on Google: “Old People You can Probably Punch.”

Ms. Majaski, who by the way had a stunning page which at the top urges us all to “Live for Each Other,” has numerous other posts recommending throat punches to a variety of other humans including ex-boyfriends.

To save you the anguish joy of having to read her deathless prose, let me just say that she creates a bestiary of the “old” whom she thinks can be assaulted to the general rejoicing of her audience. Her photo suggests she will never see seventeen again, thus she this might be proposing a self-fulfilling prophecy. Doubling down, most of her commentators unbare their own pain with having to deal with the super-annuated. I am sure it is all so trying for them.

It reminds me of nothing more than a poor attempt at “Der Ewige Jew,” produced after the Nazi invasion of Poland at the insistence of Joseph Goebbels. 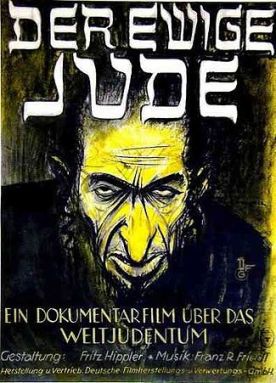 The film shows grotesque examples of refugee Polish Jews being humiliated by the well-fed, fit, Aryan jackbooters of Adolf Hitler. That is but a step away.

It seems Ms. Majaski, in her unripe opinion is well in the van of the second holocaust. The steps are easy to find:

1. Remove the dignity of your victim. In a world that worries about the emotional content of wealthy empowered adults to demand services and concessions of whomever they wish, the only minorities which are permitted to be demeaned with no legal recourse are BY LAW: European-Americans, practicing Christians and the old. As the critics can do nothing about the first, and are unwilling to do anything about the second, it is surprising that they will become a part of the third group.

2. Remove the resources of your victim. Social Security, a program whereby the productive workers of the nation subsidize the non-workers (due to disability, disease or age), broke. This is occurring despite the fact that the largest group oif workers the country has ever seen has been laboring for up to 55 years in some cases to fill their coffers. Their contribution have been rifled to fund other federal programs. Robert Samuelson, unusual for the politically correct times, declares that it is these same workers who are “THE CAUSE” of the national debt (ignoring perhaps the huge burgeoning Obama Disability boondoggle).” https://www.washingtonpost.com/opinions/why-are-we-in-this-debt-fix-its-the-elderly-stupid/2011/07/28/gIQA08LtfI_story.html. The Wizard of Obama has always held that the elderly should undergo “means” tests to get those benefits that the young, foreign, illegal, criminal and deviant, get as a matter of course.

3. Encourage violence to down-regulate sympathies. Nothing makes it easier to kill something than bullying it: Old jokes, casual cruelty, intimidation, removal of social conventions and courtesies. Ms. Majaski’s treatise is in the sweet spot here. She criticizes the old (undefined) for being testy (as opposed to the surly young), defensive (as opposed to the violent among the young. Strong arm theft is seldom done by the octogenarian. He is either smarter, more civilized, or has been eliminated by natural selection), unknowledgeable, (Test: Select any car you wish, open the hood, and point to the carburetor. Extra points: adjust same), or incompetent (one wonders in what? He has already succeeded where the writer has yet to succeed: survival).

4. Remove civil rights. Elderly will need to surrender their votes, guns and free speech to obtain the increasingly inadequate support.

5. Segregate from the general population. “Give them a place out of sight where they can manage their own affairs … like senior communities.” No, like ghettos.

6. Eliminate. Make a big deal about how good the result is.

I have a character in my book observe: “If you have no past, how long does it take before you have no future.” Why should the young sacrifice for a future of dishonor and disrespect? Beats me.