From Whence Our Rights? 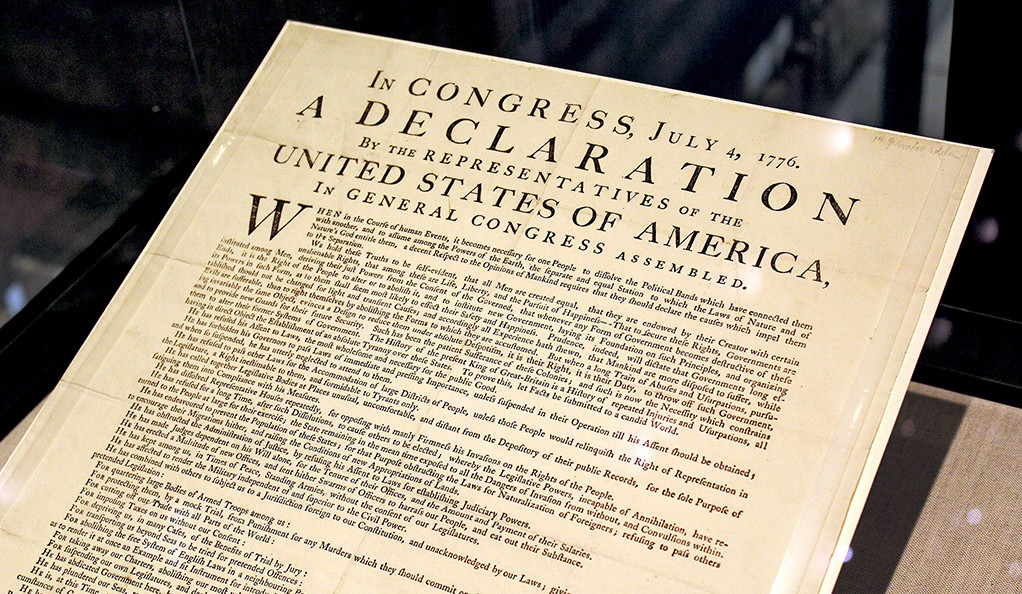 In a recently posted 4th-grade commercially produced worksheet http://www.prisonplanet.com/school-teaches-kids-the-government-gives-us-rights.html) Phyllis Nageli carefully describes for students how rights are awarded by the government. The paper concludes that they should be “good citizens” in gratitude to the government for this undeserved largesse in their favor.

Whoever is capable of distributing (and withholding) rights is a critical to OUR freedom. Our ancestors went to war with the most powerful nation on the planet at that time, not once but twice while we were smaller, weaker, and more vulnerable to attack. This act of national heroism was to say, in part, that our rights are “inalienable,” unable to be granted or denied by anyone other than “Their Creator.”

Certainly rights have limits; the pursuit of my happiness could, no doubt, impact your right to life if I wanted to start an Ebola hobby farm. I understand this.

What I do not understand is the complacency with which so many Americans now view their rights as bestowed by the government. From the onset of this nation, the fear of intrusion in our rights by the central government drove the desire to restrain that government. The first ten amendments, our “ Bill of Rights,” was agreed to and passed as a single block in order to gain acceptance of the constitution. That document, a monument to compromise, would not have passed the states’ legislatures without the guarantees of those personal rights. The people of America had fought so that their rights, won with heartache, blood, tears, and treasure, would not be appropriated by the central government and parceled out as it chose.

Our ancestors did not trust the likes of Madison, Franklin, John Adams, George Washington, Jefferson and Hamilton with their rights.

Are our current rulers so much more trustworthy that we can give them powers we withheld in the past?

We are the hollow men

We are the stuffed men

Our dried voices, when

Are quiet and meaningless

As wind in dry grass

Or rats’ feet over broken glass

In our dry cellar

Who are the hollow men in America today?

Certainly, we Americans created a whole new class of men and women previously unknown to the planet that is a good candidate for hollowness: the professional politician.

When he/she acts racist, it is punctuated by calling the people racist.( http://www.breitbart.com/Big-Government/2014/11/12/Congressional-Black-Caucus-Chair-Dems-Lost-Midterms-Because-of-Racist-White-Southerners). When he/she claims to be truthful it is because the lie serves him/her better: http://www.washingtonpost.com/opinions/marc-thiessen-thanks-to-jonathan-gruber-for-revealing-obamacare-deception/2014/11/17/356514b2-6e72-11e4-893f-86bd390a3340_story.html.

In my young adulthood, I mourned that the USA had run aground on the reef of Watergate but I gained new pride in this country by the eventual and vigorous prosecution of that investigation and its ultimate outcome, the resignation of its promulgator.

What I see today is an unwillingness to prosecute travesties that would not have gone unanswered even in that intensely partisan time.

Unfortunately, Elliot’s poem gives us a likely outcome to having such hollow men as our rulers:

Not with a bang but a whimper.