Politics: Love Them or Hate Them 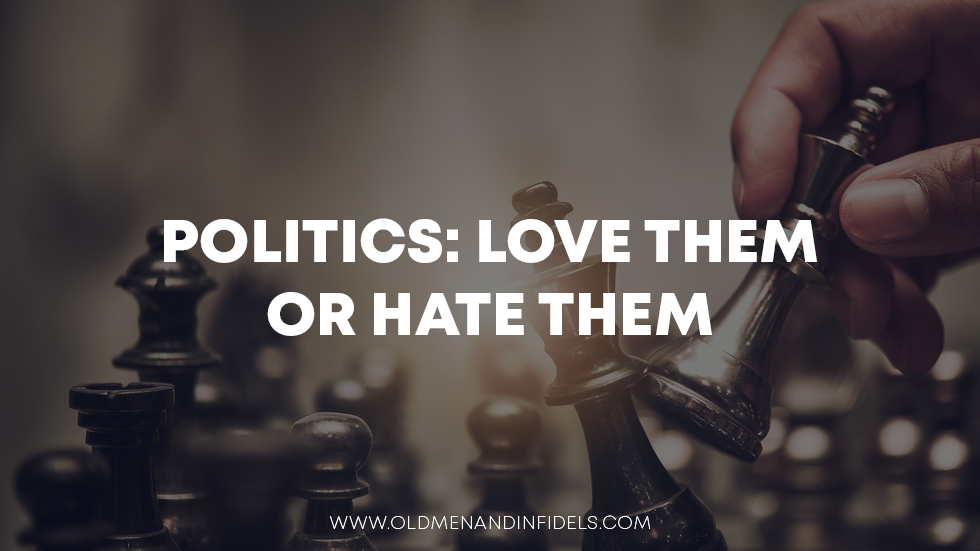 Politics is an integral part of any society. It is a science of government practice that deals with policy-making. But politics is not merely limited by definition as a government process. In fact, anything that has to do with decision-making or influencing the decision-making process is considered politics. Hence, anybody can be involved with politics or can be called political. Exiles' Escape, part of the book series of Walter Clark Boutwell's Old Men and Infidels, is set up amidst the background of a political dystopia. A political dystopia setting is one of the most extreme, even fanatical, government control systems. Albeit a fantasy setup, a dystopia society is an undesirable depiction dehumanizing its citizens' own free will: a citizen's political nightmare. In reality, politics is merely a process, an influencing factor. To love or hate politics is a choice dependent upon each individual, but politics is here to stay at the end of the day.

Politics and Its Pros

When it comes to a government ruling, politics is called a political system. A political system is a set of rules for creating and developing, often influencing, government decisions. There are three types of political systems in today's day and age: Totalitarian, Authoritarianism, and Democracy. All three differed in their politics or how they ruled and controlled the government and its citizens. Regardless of how extreme or lenient these systems can get, one of the benefits of politics is that there is a recognized leader, an authority that can oversee the welfare of the society as a whole. This person can either be self-declared (in cases of hostile takeovers) or someone who was chosen by a political group or by the citizens. Having a leader can make or break a nation's progress. The upside is that there is someone accountable for the overall well-being of the entire country, which includes its citizens and its economy.

Another benefit of politics is that it brings people together with the same point of view. These people can share their ideas and beliefs within their group sans any harsh judgment. And the more people gather together, the more they can influence the whole system of governance and create a change in the society.

Also, politics is a healthy practice of freedom of thought or expression. Each individual is unique, with their own set of beliefs and principles. Since politics is subjective, no one person should ideally be judged against their ideas. A person's political view is created from their background and influenced by their peers and families. Hence, stopping a person's political expression is reminiscent of a dystopian nightmare.

Politics and Its Cons

It is good that people with the same political belief would gather together and express themselves freely. The upshot, however, is that these gatherings may lead to factions or divisions. And the bigger these political gatherings and activities get and the extreme they become, so does it increases the risk of creating more frictions within the society. Hence, a disadvantage to politics.

Politics, per se, is not bad. But how it is being used and put into practice is what turns it into something almost akin to being evil. Take Nazi politics, for instance, a notorious example of abominable politics. Hitler and his Nazi regime believed in the anti-Semitic principle, which stemmed from a prejudice against the Jewish community. Hence, Hitler's politics involved getting rid of the Jewish as a race through some of the most horrific means ever recorded in history.

Another disadvantage to political practice is how it's being used as a means of corruption. Under the guise of fellowship and goodwill, like-minded ambitious and corrupt people would use the most influencing or popular perception to get the trust and vote for their own political and personal gain. Once in power, crony capitalism begins to take shape by favoring certain sectors, especially in the business industry. Those who support the elected person get favored and those who are against get intentionally overlooked—political corruption at its finest.

Whether it's a government, group, or individual practice, politics will always have a mix of both the good and the bad in it. There is no perfect politics, and there is no correct politics. After all, politics is subjective to each individual's personal belief. Politics can be taken to an extreme, creating a dystopian society or an exact opposite, yet also an extreme, version of it, or politics can be something so laid back and so relaxed that it almost has no voice to it. Regardless, whether people choose to love or hate politics, the stark reality is this: politics is and will remain an essential part of any kind of society.