The Halflife of History 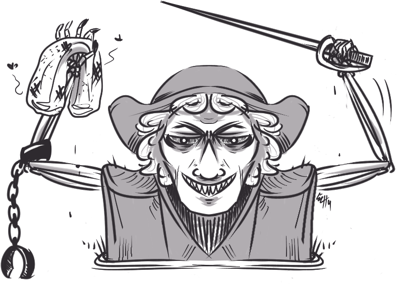 Some memories seem to be imbibed with mothers’ milk. An Ashanti king died a few years ago. The Ashanti kingdom and its slave trade extended from the middle of the old Gold Coast to well into the Mamprusi district of sub-Saharan present-day Ghana. The Ashanti, in their arrogance, sent up a princeling in full regalia to summon the old client peoples to pay homage to the passing of the old king. The big Mercedes entered the market square (more like an elongated triangle actually) in Nalerigu, the capital of the Nyiri, and the prince emerged. Within five minutes the square was empty. The Nyiri, the Mamprusi paramount chief, did not receive him. The slave trade was ended here by the British embargo about 1807 (except for the USA which slowed by 1842 and stopped in 1865). Conservatively, 150 years later, the Mamprusi still remember.

We erroneously think, in our own arrogance, that we in the 21st century can see further back and more clearly than those who actually experienced events. I have seen fearless commentators, like Dan Brown, write knowingly on the backstory of what the council of Nicaea REALLY MIGHT have said ignoring the fact that they kept scrupulous minutes that can be read to this day, 1700 years later. CS Lewis called this thinking, that one can see from a distance more accurately than up close, “historicism.” Today, history, rather than getting better and better as people refine their views in light of new data and understanding, gets more and more muddied as people “correct” it to fit their agenda.

How long does truth last in a society correcting its history?

While the Mamprusi remember, but, I think this will not last long. I had a conversation with a 10 year old boy, I shall call Musa, while I was serving in a mission hospital in Nalerigu, Mamprusi district, Ghana in 2008.

The Harmarttan was blowing, cooling the area unpleasantly at night, and reducing the visibility to mere yards. I was called out most nights and thus took what chance I had in the afternoon to rest after morning rounds. Any unescorted foreigner, it appeared, collected a gaggle of young men Musa’s age. I was seldom allowed to carry anything in my walks to and from the hospital. On the day in question, I was fiddled with my camera in a vain attempt to clear the viewer of hamarttan dust. He volunteered to sing for me the Ghanaian national anthem. It was full of admonishments against “know-it-all-attitudes” and “bad lifestyles.” (The prior anthem had started off thanking God for Ghana’s preservation. But I digress.). I committed “The Star Spangled Banner” on him in return, and mentioned, while he was trying to recover, that it was composed during the second war we Americans had had with England.

He was dumbfounded. I

went on to point out that America fought the first war to secure our freedom from England.

“You mean the United States has not always been?” he asked.

“No Indeed. In fact, both America and Ghana have been colonies of England.”

“You are wrong! Ghana has never been a colony,” he answered emphatically.

“Then, why do you speak English? No one in Ghana speaks English as a child; everyone has to learn it,” I countered.

“That is because Ghana is an English-speaking country,” he answered.

“Well, what about Cote d’Ivoire, they speak French and they are right beside Ghana.”

“Cote d’Ivoire is a French-speaking country,” he replied promptly.

Knowing when to quit, I did.

Accra, Ghana’s capital is now a monument to their first president and later legal dictator, Kwame Nkrumah. All history dates from him and no history occurs without him. Musa’s grandfather, a worthy gentleman with an outsized enthusiasm for the Africa Cup games on television, was a young man in 1957 when Ghana ceased to be a colony. By simple calculation, it seems that the half-life in a young society is about one generation.

Think of all the fun you can have if you only have to wait two generations to rewrite the history books? Think of all the fun that is currently occurring with the rewriting of American History by Howard Zinn in his People’s History of America where America was discovered not by Columbus but rather his cabin boy. As Zinn freely admits, history is a weapon.