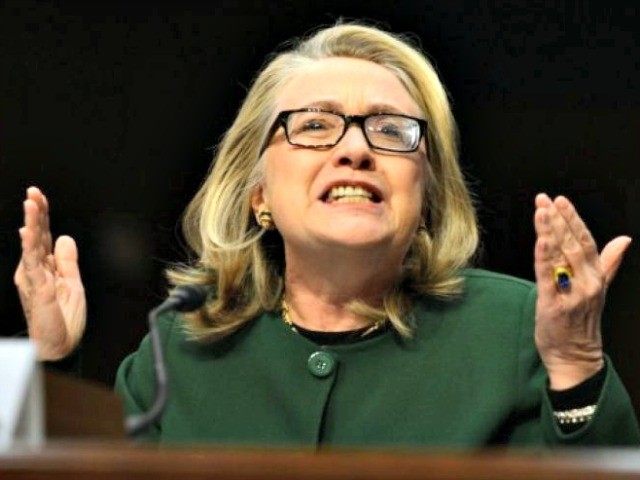 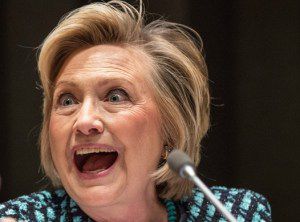 Something is rotten and it smells bad.

Yes, I am aware that most people vote for the “lesser of two evils.” (Any student of history would have figured out that one after the election of 1844 (Polk vs Clay, Birney and Ellmaker)

Yes, I am aware that now is an historic moment to demonstrate American inclusiveness, by electing a woman. (People voted for some other guy based on the racist idea that his skin color made a difference and see how that panned out.)

Yes, I am aware that that it is Hillary’s Turn. As a recovered progressive, the idea of personalities having turns rather than ideas always bothered me. Eventually the smell got so bad … but I digress.

But how long can you stand the SMELL?

The long list of mistakes while in the employ of the people never seems to have had a beginning and now it appears it will never have an end.

I will discount, for the time, the suspicious number and convenience of the untimely deaths of so many associated with the Clintons. Some of them surely are due to natural causes.

I will discount the odious behavior of Bill Clinton, betraying the trust of young women, Arkansas, and the highest office in the land to his most base and degraded of impulses. What transpires between spouses is, if not sacred, certainly privileged.

I will discount the numerous shady dealings like Whitewater. Avarice, can fool us all … at least once. It is the failure to learn rather than the fall that is most heinous.

BUT COME ON NOW!

Are Americans so depraved that we can ignore the overwhelming evidence, again and again, which is wafted under our public nostrils?

Hillary has lied about each and every step that follows and then lied about the lying:

Lies when she says that she and President Clinton left the White House “flat broke.” (This is not only wrong but stupid. Five minutes research is sufficient to put the lie to that. Who LIES about stuff like this?)

Setting up a private server is violation of her oath and regulations of her own department even as she compels others to abide by them under threat of prosecution.

Sells her office for contributions to the Clinton fund, which although some monies get to appropriate charities, is essentially a laundry for foreign contributions

Demonstrates negligence in her brief and lackluster career as Secretary of state, Benghazi being the most egregious. (Last week she claimed that NO LIVES were lost in Libya. What were these 4 Americans? Gerbils?)

Lies about having emails to deliver, REPEATEDLY

Lies about delivering the emails once discovered REPEATEDLY

Lies about losing emails when she purposely had them destroyed AFTER they were subpoenaed (a federal offense). REPEATEDLY

Lies about scrubbing the server

Lies about the classification of the email

Compels a witness to even APPEAR before congress (When has that ever happened before?)

When will the people of America, whatever our politics, say enough is ENOUGH?

If this person, in her long political life, has never learned to speak the truth but whose “go to” response in any situation is dishonesty, then how can we trust her with the levers of power?A greater wisdom than I said “If you are faithful in little things, you will be faithful in large ones. But if you

are dishonest in little things, you won’t be honest with greater.”

Is not it time for the SMELL TEST to reach its natural conclusion:

Hillary Rodham Clinton lacks the moral integrity to be president.