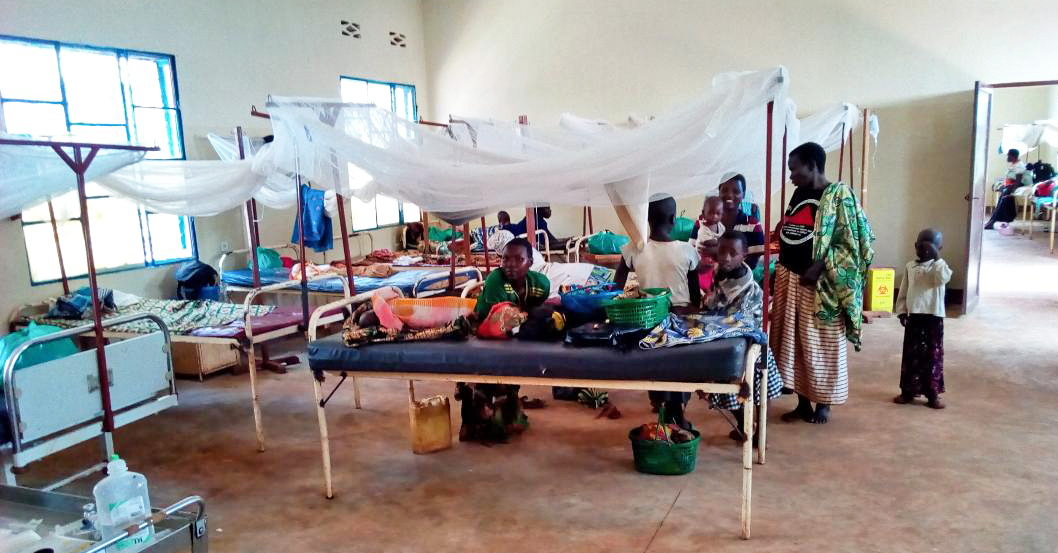 I was called at 4:15 on Monday morning; the “well” preemie in maternity was having respiratory distress and the midwife had started oxygen. I pulled on same scrubs, strapped on my “fanny pack” filled with my medical tools, a couple of books, a hand-sanitizer, insect repellant and a small camera and walked up the hospital. The ‘hamartan” was blowing briskly, the moon was up and the road was easily visible until it got under the drought-stripped locusts. The drums which I had heard at sun-down continued now; a local chief had died and the “death house” was a scant couple of miles over the next ridge east of here. The creaky-gate call of a solitary fruit bat ticked off one per second. I didn’t bother with my “torch” for the quarter mile walk.

I met and passed a few Ghanaians’ with a polite “najanuri….naaah” formula (good evening…. *acknowledgement*) and crossed over into the maze of concrete steps and ramps which is the sign of a rural hospital in Africa. Electricity is never taken for granted and all areas can be reached by gurney and muscle- power. I turned down to maternity and into the nurses’ station to find my 5 day old patient. He was vigorous and feeding well by cup just this afternoon.

He really did look sick. He was breathing fast, pulling in between the ribs as he did so. His heart tripping along at almost 200 beats a minute. I washed my hands and started to examine him; involuntarily pulling my hand back as I started. He was HOT. The reason became apparent. The ancient incubator had two settings: “Off” and “On”. The nurses, taking counsel of their own discomfort at the cool weather had turned on the heat and left it on. The baby’s temp was 38.5C, about 102.7 or about 5 degrees Fahrenheit higher than it should ever have reached. I had the heat off and the incubator lid opened. Wrote some instructions about measuring the infant’s temperature to determine his care and went to see my other little patient who was on the ward. He looked no worse than he had that evening, warm but having some trouble breathing himself. I adjusted his position, replaced a water bottle and went back to the house.

At 5:15 I was called that my baby on the ward “had stopped breathing.” Something is usually lost in the translation of course, as the messengers are merely ward workers and not nursing staff. I asked if this meant he had died; a blank stare and a shrug was the answer as they turned back into the darkness. I followed them shortly, and arrived ahead of my own orders.

The reality was rather closer than I wanted. He was gasping again, heart rate (again) in the 60’s, pale cold blue and dead looking. I called for the breathing bag (the hospital has one for infants) and started to stimulate him to breathe (a maneuver which is not likely to work without the bag). He gasped and gave a squeaky breathe. Looking more carefully, with my “torch” I could see he was not breathing through his nostrils as they were completely obstructed with dried mucous. I cleared a bit away, got the bag and started to breathe for him. His heart rate once more responded. The next half hour was a modestly disgusting routine of suctioning his small nose of sticky secretions, adding saline drops, and suctioning again. Gradually, his breathing regularized with no squeaky sounds. I gave him some aminophylline to (hopefully) stimulate his respiratory center. By now however, he was again truly cold. The sun had still a half-hour before its debut and we were out of hot water.

Thinking things were at least stable, I went back to “house six” made up some breakfast and recharged the bottles with hot water from the geyser. Walking back, a box of bottles perched on a shoulder, with breakfast in hand, I considered that I had defeated the powers of disease and chaos rather handily. I swung into Paeds with my burden as rounds were starting. His bed was empty, the family gone and a few cold IV bottles surrounded the emptiness. An empty space.

I rechecked on my baby in the incubator. His temperature was normal, all signs of respiratory distress was gone, he was pink and well perfused but not feeding as well as previously. Considering he was most of the way to “well-done” a few hours previously, I was content.

In mid-afternoon a maternity worker brought me a chart. Scribbled at the bottom of the nurses’ notes: “baby stopped breathing. Chaplain called. 1403.” Another empty space. So far all small or sick babies who have been admitted have died