How to Lose the Future 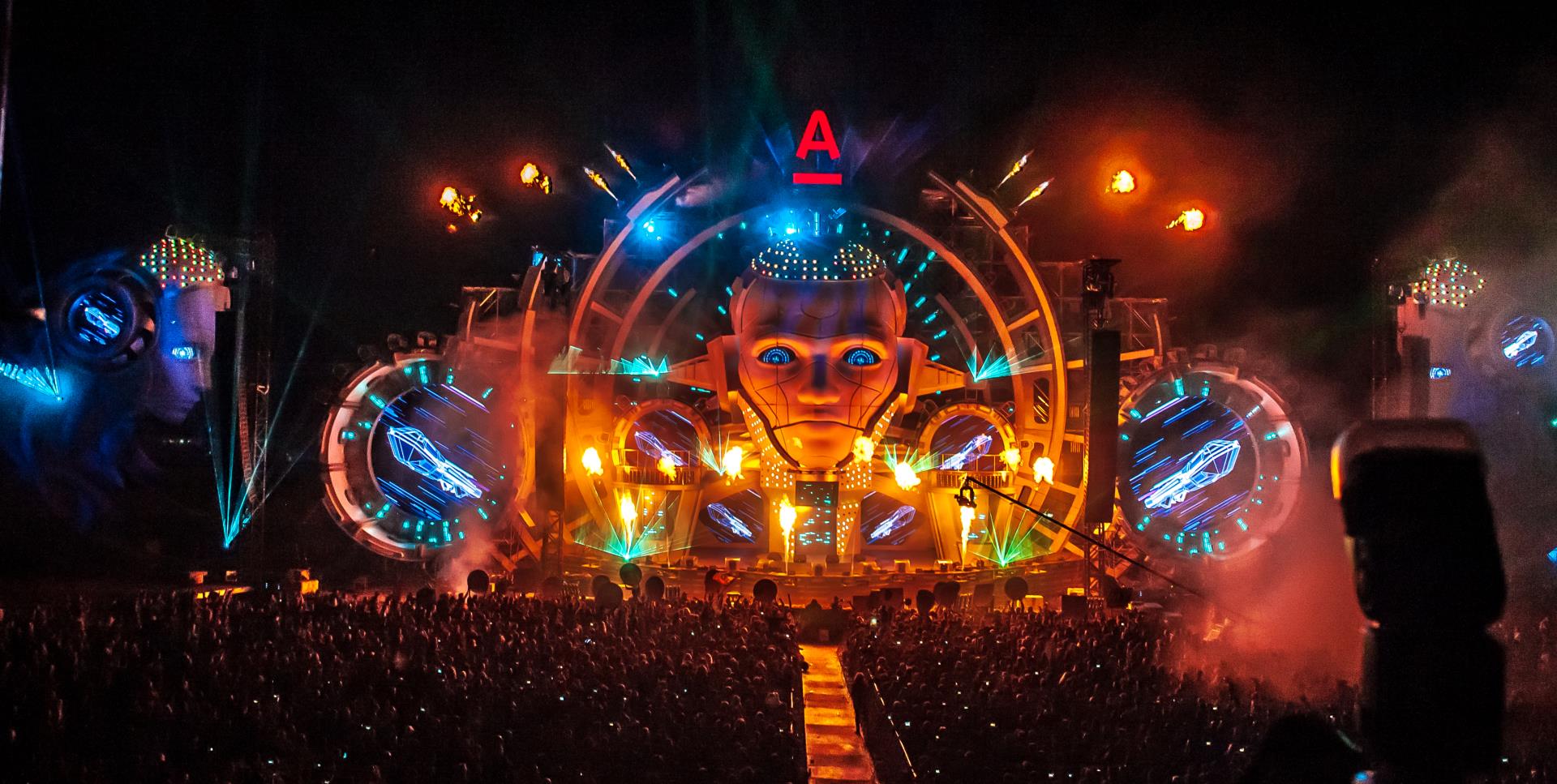 Rest assured, I know there will be a future. We are guaranteed (at least by current cosmology) that we live in a “one-and-done” universe. There will be no bouncing back to start a hypothetical cycle again. The universe will expand and cool—and get cold—and we fragile humans along with it. But even that is a future—of sorts. What we want is a good future, preferably a better future, one where we can imagine ourselves and our progeny living meaningful and joyful lives.

All very subjective. Of this are utopias made.

I believe that is the attraction to utopias: if you can stake out a golden future where man regains an idyllic second childhood of innocent wonder and amity, it would say all the grief we now experience is worth it. However, it puts me in mind of an old (never mind how old) Playboy cartoon. A gaggle of hippies, au naturel, are smoking pot on a lawn, and the caption reads, “You know, I think that if we all got naked and sat around smoking pot there’d be fewer wars.” Irrefutable Wisdom.

The trick is how? What must occur to bring that particular idyll, or any other, to fruition?

Tain’t easy. Systems do not readily go uphill. That is the mistake of “isms.” Whether it is communism, socialism, Universalism, Monarchism, or any number of social philosophies, the presumption is that the enlightened revelation of the one philosopher can be mobilized by sufficiently enlightened but ruthless men and impressed on a willing if unenlightened populace to their benefit. Of this there are numerous examples. However, what we see is that continual energy, in the form of regulations, supervisions, bureaucracies, and taxes are necessary to bring this about—a conspiracy of the enlightened to enforce a paradise.

I believe, after due diligence, that I invented that bit of wit. It has proven itself out sufficiently that I put it into the mouth of one of my characters in my first novel. Conspiracies, like fish, keep well only briefly before they begin to stink. Any conspiracy of social philosophy is doomed to corruption despite propaganda, pseudoscientific bloviation, parades, youth groups, and medals from the Motherland. Bureaucracy and a KGB can keep the corpse standing for generations—people want peace before justice—but eventually the moldering fishy cadaver must dissolve in contradiction and entropy. This imposition of a utopia from above is, while ultimately futile, also painful. The history of the last century should provide text enough.

Desirable states, if they are to continue, must be renewed continuously, as well; the grubby multitude must continuously reenergize the state not by duress but willingly. Thus, the system runs downhill, the energy of the population willingly donated for the common good. The reason need not be noble, or even ethical; it does need to be durable. Greed and self-interest work nicely. Capitalist societies prospers on the retail accumulation of human desire by providing and enforcing a level playing field, no more. Surprisingly this is much to the common good.

Self-identified religious belief (and although I am a Christian believer, I would include neo-orthodox atheists, bee-keepers, and artists, among others) can do the same thing.  Faith is neither uniform nor inheritable, so one would expect that religious utopias are of brief duration, as indeed many have proven to be. Rather than lighting a fire down the ages, wonderlands of the true-believers sputter out as the grandchildren of the founders realize the old guys were a bit on the odd side—as we all are.

The reasonable conclusion, therefore, is any just and stable society must avoid imposition of a utopia from above and protect its level playing field with vigor, allowing for nascent utopias of the true believers to spring up and die off as their novitiates desire.

I do volunteer work, on occasion, in the less well-trod places on this earth. One such is East Malaprusi District of northern Ghana at the bustling village of Nalerigu. Ghana has had a tumultuous history since the end of the Second war. Then, they were a colony of England; the average age was in the late twenties, and life expectancy was but forty-five. Ghana was England’s first colony to gain its independence in 1958. I remember. It was a big deal in fifth grade. Since then, Ghana has passed from democracy to one-party rule, to dictatorship, through revolution, and back to one-party government. They are working on their fourth republic in sixty years. Thanks to Western medicine, global trade, the Green Revolution (no, not that but the improvements in agriculture), and intolerance to violence, the life expectancy has jumped to sixty-eight years, a fifty percent improvement. For those same reasons, the average age has dropped to twenty-two, (in Niger, down to fifteen years).

In Nalerigu, a middle-aged white guy is rather more exciting to the local boy population than can be imagined. I usually had a gaggle about me whenever I ventured out. One day, a ten-year-old sang Ghana’s national anthem for me. In English, it admonished people not to hoard or misbehave. In retaliation, I sang the Star-Spangled Banner. While my young friend was recuperating, I mentioned off-handedly that it had been composed during a battle America had fought with England.

A look of incredulity crossed his face. “America and England have been at war?”

A little ashamedly, I confirmed that it was the second war we had had with England, the first being our War of Independence

Another look of horror. “America has not always been?”

“No. America was a colony of England for about a hundred-and-fifty years before we won our independence,” said I, before thinking to add, in the way of emphasizing our commonality, “Both America and Ghana have been colonies of England.”

“Ghana has never been a colony!”

After a few attempts to convince him that I actually remembered the event and that we were, after all, arguing about these circumstances in English, I gave up. The boy lives with his grandfather. If that worthy old man could not convince him, I surely could not either. Needless to say, Ghanaian schoolteachers are all national employees and follow a strict curriculum.

If we have no past, how much of a future can we expect? How do we avoid having a doomed (and they are all doomed) utopian idyll pressed upon us in the future, losing ourselves to the wolves of history?

If we hope to seize a future, we must master the past, thwarting any adventurer’s attempt to weave a whole cloth narrative by picking and pruning the facts?

I believe it is the role of the storyteller and not the schoolteacher to protect us. This, I believe, is the  essential role of art in the defense of society. How can a newly minted socialist hope to compete with “1984?” While haranguing the proletariat about the evils of Capital and the joys of the collective, any up-and-coming firebrand must suspect his audience might remember how the proles of “1984” laughed at the vid screens, sang proscribed love songs, and complained about the beer in their Socialist Workers’ Paradise.

In like manner, non-fiction narrative is a potent weapon against pomposity and rancor. Its role cannot be underestimated. A piece of history, without the story of the people inhabiting that history, is doomed to ideological revision. It has already begun. Howard Zinn’s History of the United States has been clutched to the bosom of a woke American secondary education, proclaiming itself to be a weapon. For example[WB1] , if one can wend one’s way through the abstruse and over-long prose, men have families so as to oppress women and children for financial gain.[1] Zinn’s audience, it seems, is the adolescent and envious lovelorn. A few millennia’s worth of love poems and epitaphs (were anyone to read them) should have shut Howie down or laughed him to scorn. An artful repopulation of American history with the tales of the real people and their motives would go far expose him.

I suppose, we should not be striving to guess what future-history will announce to be the “right side,” as we are trying to avoid all the wrong sides which clamor for our attention from the abscesses of the past. Tyrannies thrive in the sparse landscape of an abridged history. The future can only belong to those who have mastered the past and can see over the next anthill to a probable future.

[WB1] , Societies based on private property and competition, in which monogamous families became practical units for work and socialization, found it especially useful to establish this special status of women, something akin to a house slave in the matter of intimacy and oppression, and yet requiring, because of that intimacy, and long-term connection with children, a special patronization, which on occasion, especially in the face of a show of strength, could slip over into treatment as an equal. (Lord have mercy, 77 words for one sentence)