New Awards for the First Trilogy 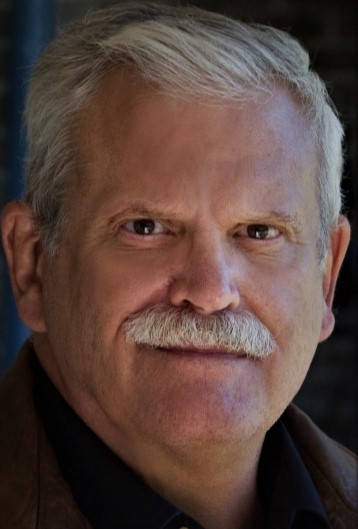 I only found out about this recently as I had not entered the books myself, but rather a fan had done so. Thank you, Jake!

In other news, I have decided to throw over and cast anew the last 200,000 words I have written to create a new trilogy (W/T The Silence and the Gods Trilogy).

It is infinitely easier to find a way to let things go BOOM! and fall apart.  Civilization is a largely unseen set of cooperations that grease the wheels of people, allowing them a certain amount of grace to live together.

I have been working on the BOOM! part for the last ten years, trying to imagine how I would bring a pair of adversaries, Malila and Jesse, into a safe harbor intact. I believe I have succeeded in that and you will only see them, I think, as bit players and "walk-ons" in the coming years. Now, I would like to see how America might be stitched back together. It is a secret vice of mine that I sew. Absorbing the craft from my mother (she would not let me go off to college until I could sew on a button and fix a dropped hem reliably), and a number of girlfriends over the years, I learned to sew in order to make great tent-like affairs (come to recall--they were tents), down jackets, out-country vests, and sleep booties for the really cold nights in the aforementioned tents. I took up kilt-making, a parsimonious method to scratch the Scotch in me. As they are completely hand sewn, I have thrown that over with my failing sight.

Regardless, back to stitching back together the failed nation of the USA after the defeat of the Unity in October 2129.

Several things must be done:

Fix the east coast, fix the west coast, take their walking-wounded and apply them as a poultice to the open wound of a devastated Northland. Easy peasy.

My plan, now, is the following:

Book 4: Taking some material from the current book and fleshing out the problems of the Unity., this will be my first attempt to really plumb the depths of that land I created the day I started writing Outland Exile.  (covering 2129 to 2131)

Book 5:This will be my take on the West Coast, The Great Western Demarchy. It is the most developed as its "bones" are the current book. Herein you will meet the Seventy and the Touloi along with Javalina and her gods Several couples become protagonists: Loana and David, Nora and Paul, Belison and Elijay. (covering 2130)

Book 6 Is the least developed with only about 40,000 to its credit at the present. I hope to bring all the chicks home safely and let a few decades pass before we see how Americia has fared in the New Normal of the late 22nd century. Malila and Jesse make a final appearance as their firstborn is accepted into the Scorch for his Homeyear. (2129 to late 22nd century)

A note of personal privilege: I am generally doing well. A year ago, my wife of 43years abandoned me, coincidentally, on the day I discovered I had stage IV prostate cancer, first diagnosed in 2001. Despite doctors being the worst patients, I have tried to be a good boy. The treatments, all of which are aimed at reducing the trophic hormones to prostate cells, appear to have done their work: I have stopped losing hair on my head but am rapidly losing it everywhere else. Libido is a faint memory. Work tolerance is greatly reduced and I sleep poorly. On average, I suppose I have 36 months +/- 10 years. I plan to leave this house, a home I have lived in and loved longer than anywhere else in the world, within the year, find a place in the mountains with a good view of God's world and once the second trilogy s done, switch to poetry.