T’was the night before Christmas 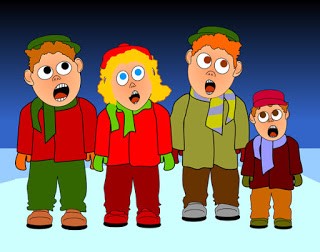 T’was the night before Christmas, I was beginning to crash,
When two boys from the village got into a stash,
Of their grandmother’s cassava. She was saving it special,
And had it back of the house, there, under a kettle.

But, it, they had found, slicing it up for a snack,
(that kills if not washed down and cooked up just right)
And they gave that a try, by the time that I saw them,
Retching and puking themselves on beds in Men’s Ward.
There,
Under the lights that are kept on all night,
To make the rats bashful or to put up much fight,
Over food that is lying about in the ward,
Or get over-bold and gnaw charts, I wrote orders.

The boys got their IVs and charcoal, as well.
And, this time it worked. God has mercy for fools.
So, I walked back to Six, through the silvered moonlight,
That you get when the harmattan’s blowing just right,
In time to change, get some tea and a biscuit,
And go off to rounds on the fevers, and boils,
malaria, the typhoid, the burns, the kwashiokor,
TB and ulcers of skin, gut and soul,
Which characterize, in part, the Fall of us all.

The kid in bed two is a pitiful sight—taut skin over bone,
We have tried all we have. All to do we have done.
Yet, every few days, there’s a fever, despite us.
Then there is the girl with the compounded fracture,
Which the local healers set, two weeks ago Tuesday,
Her arm, she can’t feel, not a finger she moves,
It looks like raw meat; it stinks and it oozes.

By five PM, all we doctors are gathered,
In the front of the clinic, with bushels, we’ve come,
With oranges and good will, we go to the bedsides,
We’ve left just before, with frowns and concerns.

We’ve come back, now, with spouses and children,
And in one case a puppy, ‘though he stayed outside,
To sing to our patients, of Jesus first Coming,
To sing alleluia, to staff nurses and aides,
To sing of a Virgin, alone in a stable,
To sing of a Miracle, expected by none,
To sing to the people in pain and in danger
To sing of saving from care and from sin.

T’was the night before Christmas, I’m too tired to eat.
But among Jesus’ people I sing and I greet,
Such a great Christmas, the best I remember.
Merry Christmas to all, this dry warm December.

(NB: It has been a practice since the early days of the Baptist Medical Centre in Nalerigu, East Malaprusi District of Ghana, West Africa, for the doctors and their families to carol through the wards on Christmas eve and present small gifts, usually oranges, to each of the patients, their people, and the staff.)