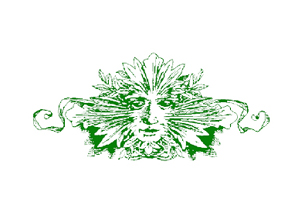 The Scorch, once eastern Tennessee

Jesse walked on. It had taken him two days to get here after dropping off Xavier Delarosa’s corpse in Lexington. He purchased the cryo-casket and laid him in it himself for transport to Saint Louis. He would have liked to have taken him back home himself, but he had to get some information. The Sage-Men, long-lived and observant, might help. “Speaker, I bring a gift for you,” Jesse shouted, hoisting the huge bear haunch off his skin-clad shoulder and waving it to increase its olfactory and visual signal. Near noon now, the bloody meat had attracted its share of insect admirers adding their buzz. The day was getting warm. Advancing another ten yards, the old man repeated the maneuver. Speaker gave good advice at times. He might yet. Jesse did not even know whether Speaker still lived. It was old when they had first met, back in Jesse’s idyllic childhood. At least he had thought it idyllic. When they could catch him he got lessons from his parents or Theo, his oldest sister. There was always the Scorch to teach him the rest. “Speak, Quicksilver,” said a voice from the sunny knob on the thin finger of ancient rock. “And let me eat while you do.” The voice was slow, bloodless, whispering, and vegetable. Jesse had known Speaker since that fuzzy forever-time of childhood. The plant-man was a stranger to envy, a wise voice in the night. He was an intimate of the sun, of the wind, of the rain, and of the deep, dark soil of the Scorch—the rich loam itself the death of ages. Jesse stopped. As he had done each time previously, he surveyed the little defile that was Speaker’s home, looking for the familiar and changed outline of the creature, his skin looking more like a lichen than that of a man. Jesse threw the bear-joint onto the rocky bench bereft of any growth, the place he had always privately called Speaker’s Dinner Plate. He turned away. In a short while, he knew, a feeder-pseudopod, looking more like a bark-encrusted root, would slither out and start the feeding process. As a diner, the less said about Speaker’s etiquette, the better. “It has been many winters, Quicksilver. I wonder if you taste the same.” “Less time for you than me, Old One. I remember well enough for us both. You will have to live with your memories, Speaker.” A rustling noise—hollow, mirthless, and alien—surrounded Jesse. He smiled. Some of their first meetings had been less cordial. Jesse heard a faint insinuating noise in the dry leaves to his left. “Is it well with you, Quicksilver? You are older, I think. I trust you are carrying on well with your kind and leaving mine to me.” “I manage, Speaker. I have children and they, children and they, children. I am content. I trust you have offspring of your own.” The rustle was now directly behind him. It stopped. Jesse wrapped the fresh bearskin around his left hand and forearm. “Aye, every spring the young dart off to sprout anew. None speak so well. I am yet hopeful.” “Is not that true with us all?” asked Jesse before walking toward Speaker a step, swiftly pulling his shorthand blade free of its sheath. “I wish to show you this present I have for you, Speaker.” Just then, from the forest litter along the edge of the small valley, a hunter-pseudopod erupted—larger, tentacled, and poisonous—and lunged at the old man. Jesse, turning with a smile, gripped the lunging pseudopod near its mouth with his protected left hand. The two wrestled as it writhed to escape and strike again. Turning to speak over his shoulder, Jesse said, “This present I have for you is sharp, Speaker. Once ’pon a time, I even cut myself free of a Sage-Man, if you kin ’imagine that. I can give you the knife now, or if it does not serve, I will keep it to myself. What say you, Old One?” Jesse gave the drooling thing he held another forceful squeeze and heard a small squeak behind him. “It does not serve, Quicksilver. The years have not slowed you. Do sit, that we may talk of old times.” Jesse released the vicious limb, which immediately slunk away into the litter at the edge of the defile. “Yes, Speaker, let us talk of old and new,” said Jesse, making a point to replace his knife and close the throat of the sheath securely.