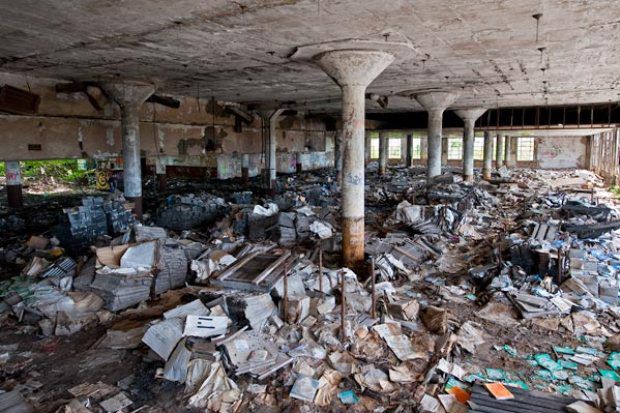 Hecate ran down the stone steps of the museum and into the street without looking back, glad that a real excuse compelled her to leave Malila and go where she might think. She hurried along the sidewalk under the awnings put up to catch the buildings in their inevitable decay. After taking the descender for the belt trip uptown, she looked at her watch. She’d get back only a few minutes early, and it made her nervous. She would feel much better if she arrived at her usual fifteen minutes before the end of lunchtime.

Maneuvering to the fastest belt, she started walking whenever she could, dodging small groups of people as she went, and emerged into the towering lobby of the People’s Building at 148th.

Malila was so frustratingly dense at times! It came from her finding things so easy. She had never needed to study at school, had never needed to practice. It gave her a blind spot, almost a cruelty. It also made Malila blind to the failings of the Unity. Hecate supposed that was only reasonable for a DUFS. The whole society heaved and groaned, toiled and struggled, merely to give the soldiers their next shiny toy. Certainly, no one was going to dispute their position of supremacy. Data readouts and ponderous reports were no match for a couple of pulse mortar shells lobbed into a ministry.

Hecate absentmindedly walked to her elevator and announced her floor before settling back into thought.

She had gotten much up too upset about the krill farm and could not blame Malila, or her boss, for not sharing her concern. She supposed Undersecretary Rice herself was engaged in an unseen battle with her own superiors, just as Hecate was engaged with Rice. While Hecate had to contend with awkward facts coming in from the field, Rice had to contend with a couple dozen S22s, like Hecate herself. Rice had to keep the S22s moving forward and had to make her own bosses happy with an analysis of the analyses. Hecate wondered if she would ever have the ruthlessness needed for Rice’s job.

Exiting the elevator, Hecate entered the bustle of her office, dodging the kid from CORE as he sped by on skates.

“Kazzen! Can I talk with you?” she said to the disappearing back of the computer tech.

“Get back to you in a minute, Jones,” echoed back to her in the nearly empty office.

She finally was able to wend her way to the small desk in a windowless corner, and her stomach lurched.

“Jervani-ah, can I help you?” she said, and the young man looked up.

“Oh, uh, hi, Hecate! I was just looking. Nice holos, really,” he said, rapidly putting down. Then he moved it and put down a paper he was carrying. “I should check up on something … Bye,” he said as he walked off.

Dumb and clumsy, Jervani-ah was somebody’s new henchman. It might just be a mind game, but it might be someone trying to gather the innocent coincidences that fueled office politics. It had taken Hecate only a short time to realize that politics was the true product of her whole division.

Rearranging her pictures back to where they should be, she picked up a holo of her friends and herself in a frame she’d made in school as a child, all improbable flowers and pink hearts. A younger Malila smiled back at her from midair as the projection sensed her regard and activated itself.

The image, giving her a faint buzzing feedback as it appeared to rest on her palm, enlarged as she moved it nearer. Malila smiled broadly at her from an age ago. Malila was the true believer of the group and never saw the problems others did. If she led, people followed.

Luscena, next to her in the holo, possessed the sheer vitality to lead, but her talent had seduced her. She preened herself as long as others applauded. Alexandra, next to her, had the smarts but not the personality to make a stand on her own. Alex spun stories to spec, fooling the less wary … and herself along with everyone else.

Hecate moved a finger along the contours of the holo to the last of her friends, Tiffany’s auburn hair off-color in the image. Tiffany was such a good person, bumbling along with her head down, doing good things for less worthy people, and not looking where she was going. It was always so good to have them together again, just like today. It spoke to old times and confidences.

She loved them all, with a childish ardent love that she could never really examine. And she loved Victor.

Hecate’s coworkers started arriving, coming back from lunch the usual thirteen minutes late. She put the holo image down; it faded slowly as she moved to the next holo of Victor himself, looking a bit absentminded as he received the Osmian Prize in 74.

Doctor Victor di Lorenzo was her first patron … her only one for the four years since they’d met. He was one of the people her teachers had helped her choose among the more senior staff when she was an E7, just starting government guild school.

The whole thing had terrified her younger self. Hecate could see the utility of the system easily enough, of course. Take the new kids straight out of the crèche, and have them mentored by the experienced bureaucrats. In exchange for guidance and protection, the thirteen-year-olds provided loyalty and pleasure-sex.

But she had not enjoyed offering herself. It must have shown. In the morning, after each submission ceremony, the other patrons-elect had wished her well and wished her elsewhere. None had accepted her as a protégé.

Victor had been an S31 and an E28 when they’d met. She’d followed the protocol precisely: disrobing, then enunciating the submission speech while looking into his eyes. Victor had held her by the hand before leading her to his bedroom.

He’d held her all night in a warm embrace, listening to her fears and hopes, sharing stories of his life, and letting her sleep. She had risen the next morning to leave, thinking he had rejected her as a protégé, only to be surprised as he gently had pulled her back to his bed and told her of his acceptance.

They had been inseparable ever since. He was not a particularly good patron for someone in the bureaucracy. His area of expertise was in bacteriology, but his work was important and well regarded. Their prolonged relationship had amused and then concerned her teachers. It was a joke among his friends. Neither she nor Victor cared. They were both happy to remain each other’s sole pleasure-sex partner and nearly constant companion.

Victor reminded her of Tiffany, in a way. He was a good man who dealt with the problems at hand and expended little regard for the commotion of life around him. He lived, in his way, a life of quiet seclusion: doing his experiments, collating the data, writing his insightful papers, publishing them, and defending them with humor and dignity. Fame surprised him.

With Victor now an S33 their lives should be easier, but Victor was probably not as good an administrator as he was an investigator. He depended too much on others’ good will and integrity.

Her world revolved between these three centers of gravity: Victor, her friends, and work.

Work … She had found her work fulfilling until Undersecretary Rice had arrived. Her last boss, Wiscoll Root, had always maintained that their job was to get the best information into the most understandable package for the ward leaders and district supervisors to argue over and let the chips fall where they may. As long as the information was sound, he did not care what happened to it.

Undersecretary Rice cared what happened to it … sometimes. She would devote endless efforts to craft a report one day. On another, she would shovel critical findings into an obscure footnote in a huge routine report. Victor had sniffed when Hecate had told him Rice was her new boss.

Hecate replaced Victor’s holo in line and straightened them all again before sitting down to start the report for the now-defunct krill farm. It would be a short report.

A group of touring schoolchildren had arrived to discover the entire effusion was dead or lost back into the ocean. The nets had rotted in the water. The workers had been long gone, their names fictional, the manager a well-protected career bureaucrat in Nyork who most likely had no idea where Negzed was located in the first place. Victor had somehow known something was wrong.

Victor always knew a great deal more than he admitted, which was odd, as he was so nonpolitical. Even granting he was a brilliant man, his influence seeped into odd places, like the book warehouses. Hecate always wondered why they had not just burned the books for fuel during the chaotic days of the Meltdown. Instead, the books had been bundled up and tossed into old warehouses near the wharves. Victor had obtained the pass on a whim when they had been lazing away a Sunday morning in bed.

The volume of old books, the really old ones on paper, was huge. Many had been destroyed by mildew and rats, but some of the books in the interior of the bundles had been saved from destruction. Those she read. She brought the stories back to Victor, and he loved them … but then again, Victor loved her. Hecate mined the warehouses for tales and stories to make Victor laugh and, on occasion, to make him appear as young as when they’d first met. Victor would be forty years old in April AU 78, months from now. Then he would be gone.