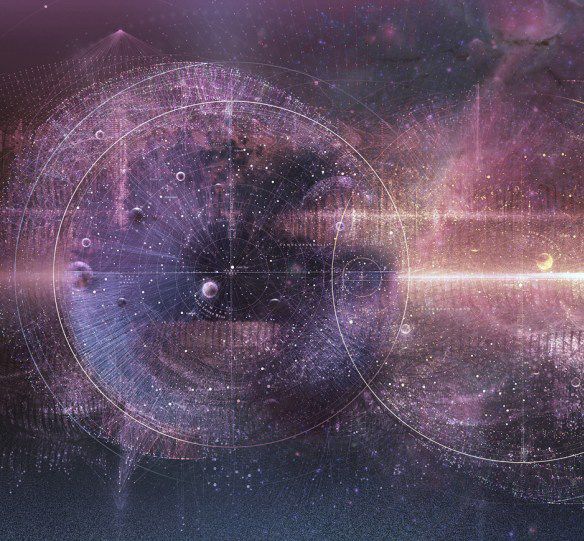 Troubled, Malila threaded her way back along the maze of beltways and returned to her quarters. The Unity was everything that she knew. She prided herself in how her daily labors furthered the goals and the welfare of her country. Hecate and the Unity were almost coequals in Malila’s universe. It was inconceivable they would not coincide.

What did Hecate mean by saying the whales were gone?

How should I know, frak? I don’t understand it. Do you?

Um, there are those messages, Lieutenant.

I’m not going to deal with that in the middle of a beltway, frak. Don’t talk until I get home.

Malila exited the beltway at the Bedsty Plaza. She half-listened to the street argot she heard in passing. She was finding it an incessant trial to incorporate each day’s new words that came and went in a deluge of inside jokes, comm’net comedian catchphrases, and hand gestures. It was like riding a tiger.

She had seen a tiger once—malevolent, solitary, and huge—at the People’s Biodominium. The huge dome in Bronkz had once been a venue for sporting events but was now filled with all the improbable animals the Unity had been wise enough to exterminate since its rise. Those remaining specimens were maintained as a cautionary tale about the chaos of the outlands. As an additional mission, they demonstrated useful Unity animals: dogs, cats, horses, cattle, sheep, goats, and pigs. It was important, her teachers told her, to know the animals in the food chain, whatever that meant.

After her first visit to the Biodominium, while still an E2, the animals had terrorized her dreams for weeks thereafter. Huge bears with scythe-like talons and slavering jaws had awoken her night after night. Wolves’ eyes had gleamed out of the darkness of her nightmares. Massive bison had trampled her in her sleep. She no longer went to the Biodominium.

Actually, she was professionally familiar with the dogs and horses. DUFS patrols used dogs. Nothing on foot escaped those beasts, all drool and teeth. Malila did not like them; the feeling was mutual.

DUFS used horses for crowd control. Last year Malila had done her six-month stint in a mounted troop. Her thighs ached at the memory.

Finally back to her apartment building, Malila took the ascender, stepped through the portal into her quarters, and then reconnected her O-A to the CORE.

Disconnection had not been an option with her first implant; it had always been there to monitor her health and well-being. As an E1, when she had gotten her first implant, she finally had been allowed to buy ThiZ, the finest drug of all thoe available. ThiZ was the hallmark of a good society.

Malila had only received the second implant, her O-A, when she’d started cadet training for the DUFS as an E4, ten years old. A slight flick of her eyes and a touching by her mind to a place in her thoughts was all it took to reconnect. It had taken her weeks to learn how to do that the first time.

Learn was an inadequate word. The implant had learned her as much as she’d learned it. They called it questing. It was like looking at the surface of a pond. She could see life reflected from the surface, but also she could see through it, move her mind through it, to another reality refracted on the other side. Her O-A was as much a part of her as her own skin. In a way, it was her skin, she thought. Questing now was second nature, and she barely noticed the differences between reality and the interface except in the subliminal way one sorts out reflections in a world of glass and mirrors.

Okay, Edie, I can deal with the messages now.

Dump the advertisements. Keep all personal notes sorted into those from patrons, superior officers, and inferior officers. Show me the important message now.

“… damage was presumed to have occurred due to nonfunctionality in electrical-signal distant-sensing devices (ESDSD/25.1-D through 37.7-A), which appears to some observers, due to the stereotypical repetition of the event, to be nonaccidental in nature …”

She had been a young cadet when the Unity had voted to stop patrolling the outlands. The area was, properly speaking, a part of the territory inherited from the old republic, but it was unprofitable, undeveloped, and barren.

In place of armed patrols, the Unity had established a network of listening posts hundreds of kilometers within the outlands to detect any challenge to the rule of order. At her posting, earlier in the year, Malila had accepted the common wisdom that the job of maintaining the station was a nuisance assignment.

Sunprairie had been anything but fair. Twice before, she had sent repair teams. Each time the OAA had found the pulse cannon depleted, the door blown, and random sabotage disabling the sensors. When retaken, the stations had been deserted. CRNAs had scoured the area within twenty klicks with no results.

If the ’net commentators singled her out for criticism, her short list of patrons would fade away. Demotion and denunciation would follow. Unless she wanted to commit professional suicide, she could not even suggest that the Unity’s strategy was faulty, the station design flawed, or the technology defective.

Malila shook herself. It was too early for her ThiZ. The feeling of elation and self-actualization she got from ThiZ was enough to make her … not dependent … not that. ThiZ enlarged life.

She popped the little yellow pill unconsciously, without looking for a glass of water.

What’s the matter with these knuckle-dragging savages? They hadn’t challenged the listening posts like Sunprairie for a generation. Sunprairie was the most distant station, farther west even than Lake Mishygun. What did they want?

“Attacks on fortified sites are for the following motives: (1) the site is valuable or contains value that will be obtained or destroyed by occupation, (2) the site itself will become valuable after occupation or because of its occupation, or (3) occupation of the site will cause others to value it or bring value to it.” Analects of Admiral Wescon.

Edie, do you know how silly that sounds? The savages just cut some wires and threw some paint around, like a bunch of crèchies!

following orders, squilch. Do you want more examples? Sergeant Hallux has some sayings about assaulting ladies’ citadels of virtue …

Not the same, frak. Let me think.

Edie, nonsentient, bordering on silly, was still a good mental grindstone for Malila.

The Unity wasn’t getting very much from Sunprairie, but neither were the savages. In the prior two raids, they had not stolen as much as a length of cable. The stations had no value, contained no value, offered no value. Sunprairie hadn’t detected any outlander occupation since it had been built.

Sunprairie had failed in its mission and was now consuming Unity resources.

And when she thought of it, there was her answer! Malila almost looked around to see if her thoughts had been overheard.

The solution was simplicity itself.