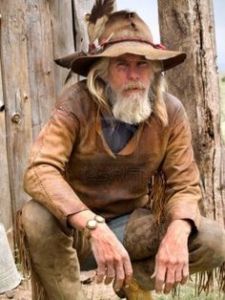 Malila awoke, her ears ringing and too dazed to move. The air was redolent of wood smoke. She lay in a small campsite on her side in a lean-to crafted from still-green boughs woven onto saplings rooted into the ground. An ax and sheathed knife threaded onto a broad leather belt hung from a small branch near her head. Only when she moved to retrieve them did she comprehend she had been bound, her wrists tied behind her back and her legs tied at the ankles. A shiver coursed through her when she found she was naked as well. On hearing a faint scuffling behind her, Malila closed her eyes, calmed her breathing, and relaxed her body, sagging into the bonds. She felt the slight breeze of someone’s entrance and then heard nothing but the forest.

“You are awake, lass.” It wasn’t a question. “Open your eyes, or I start to take off toes.”

She detected an alien soft-burred accent. After a few seconds, a hand gripped her left foot by the instep. Her eyes shot open, startled, all pretense lost at the immediate threat.

A Sisi was crouching back on his heels, holding her foot, an odd short curved knife in his other hand, his face concealed in a grizzled beard, his skin burned muddy brown. Over his left cheek he wore a series of blue streaks, faded and indistinct. His hair grew out from under a knitted cap of uncertain design: abundant, lank, white, and to his shoulders. He filled the small space.

After a second to regard her, the old man dropped her foot and turned back to working a small piece of leather. “There you go, lass. Much better. Let’s have your name. I can’t be calling you ‘lass’ all the time, can I?”

Malila calmed herself, waiting until she was confident of her voice. Before she could answer, the old man looked up at her from under his thick eyebrows with such menace that she squeaked, “Chiu, Malila E., E11, S08, lieutenant … acting second lieutenant … serial number 59026169.”

The old man tilted his head back, his face split to show brilliant and sound teeth. He started a low vigorous laugh, stopping after he dabbed at his eyes with a square of rough fabric taken from his leather tunic.

“You should see yourself, lass, trying to look official and all, lying bare-ass naked and trussed up like a prize sow.”

He wiped his eyes again, and his face sobered. “Let me tell you what you’ve told me, so far, Acting Second Lieutenant Chiu, Malila E.

“You are seventeen years old. You’ve been sent on this shit of an assignment because you messed up and they broke you down a rank or three. You have been given the chance to redeem yourself … if you don’t screw up, as you just did. You have been in the service for seven years, and you think you are hot stuff, which you ain’t, as we wouldna be having this here conversation otherwise.

“You have a small scar under your chin, another over your left shin, and one under your right tit, which I should remark is pretty enough, although personally I prefer a little more. The scars under your chin and on your leg are no doubt from training accidents. Your hair is too short for my taste. Your facial features are regular and rather pretty in an exotic way, lass, nice shade of blue in your eyes. Once upon a time, you broke your left forearm as a child from a fall on an outstretched hand, due to some fool game, I should think. You have never birthed a baby. You are sound in heart and limb, but I don’t know about your head yet. Your nutrition could be better, and you would do well to add a few pounds for aesthetic reasons. Have I missed anything, Lieutenant?” he said, again transfixing her with his pale eyes.

Malila’s features creased in revulsion despite herself. A sense of violation inundated her as fear, adding a watery sensation, arrived unannounced. Her empty stomach sent bile surging into the back of her throat. She swallowed but then started coughing.

The man was at her side almost at once, cutting her hands apart and lifting her to a sitting position.

“There you go, Lieutenant. Can’t have you dying on me,” said the old man, almost gently.

Her nausea subsided. She tensed her elbow to swing back into his throat now that her hands were free.

“I wouldna, Malila. I really wouldna do that,” hissed the old man. It was then that she again sensed the cold of the knife pressed against her back. The watery sensation returned.

“Put your arms behind you, lass.”

She complied, and the man bound her wrists again. She took several deep breaths. It seemed to help. The day was almost spent, the scene becoming more hostile and surreal as the dimming light filled it with ominous shadows.

Elderly of the Unity were shepherded into their own enclaves on their fortieth birthday. While Malila supposed they enjoyed their retirement, she and the larger society had little use and scant respect for any of the old, used-up, and worn-out Sisis. That one of these ersatz humans would rise up to touch … to violate a citizen … a DUFS officer … was impossible to imagine.

“I need some water. You, get me water!” she demanded.

She used her command voice, thinking that and the simplicity of the request would gain her the old man’s compliance. If she could get him to abandon his script for even a moment, she increased her chances of escape. If given an opening, her years of training in the killing arts would make short work of this ancient savage. The elderly were supposed to be differential and obedient. This old obscenity needed a dose of reality. The look of dismay on the old face would go far to heal her humiliation.

“I need some water, you fathering Sisi piece of shit.”

“No, Malila, you don’t. And watch your language; there’s a lady present!”

Malila looked around but could see no other person.

“Where are my men? You can’t keep me from my men,” she said, trying to keep her voice low and flat with menace.

“Your troopers? You were given a platoon of dead men, lass. We just did them the kindness of burying them.”

She heard a sharp, gritty sound as a spray of incandescent sparks spurted in a short arc in the darkness. The sound repeated a few times. For a heartbeat, the sparks showed the old man crouching studiously in the dark. After a few attempts, he took up something from the ground and blew on it. It erupted into a red blossom of fire in his hand and the old man placed it back onto the ground before adding small twigs, creating ghastly shadows in the small space. The old man’s eyes became mere pools in a death mask. A moment later a small lamp flared, and the old man hooked the light onto the lattice of the lean-to, illuminating the dirt floor.

“Are you going to rape me now, you fathering twisted Sisi?” she shouted.

The old man shook his head, more in disgust than negation.

“Why is it that all young women think they are going to be ravished at the drop of a blouse, but no, lass, not yet … even if you ask nice. And watch your language.”

The blow caught her by surprise, her teeth cutting into her lip, the metallic taste of blood filling her mouth.

The old man smiled. “Now, lass, have I got your attention? Talk nice!”

He went behind her and lashed a hide rope around her bound wrists, leaving a long bight as a lead. He then worked loose her ankle bonds and pulled her to her feet.

“Walk. I’ll tell you when to stop.” When she hesitated, the old man slapped her buttocks with his free hand and pointed the way.

Malila stepped into the dark, one bare foot in front of the other in the heavy, expectant gait of the seldom shoeless. After long minutes, her night vision returned somewhat, and she was able to see that they were in another large meadow, surrounded by a dark line of trees.

“Okay, empty your bladder, and if you can move your bowels, you’ll be more comfortable tomorrow.”

She found to her embarrassment that the mere mention made the sensation of her full bladder overwhelming. Grateful for the darkness, she crouched and relieved herself. As soon as she was finished, the man started to pull her backward off her heels.

“No mischief, girl. I didn’t have an attack of stupid,” he said, stopping her attempts to squeeze her wrists from their bonds.

“Is this how you get your pleasure, old man? Watching women pee?” she hissed.

Rather than responding, the old man told her to walk back to the light.

When they returned, he left her so he could rummage in a pile of skins, coming back with a greasy and malodorous cowhide parcel. After tying one of her ankles to a sapling, the old man released her hands. Malila stood facing him, her breasts quivering with her ragged breathing and the chill air.

He tossed her the parcel.

“Rub this on your chest, girl. Use lots of it.”

When she did not immediately respond, the old man pulled his sheath knife into the lamplight. The blade had to be over twenty-five centimeters long. Its edge blazed in the firelight and moved in small arcs in the old man’s hand. Malila, finding she could not hold his gaze, opened the greasy container and scooped out a small handful of oozing matter. Retching at its rancid odor, she self-consciously spread the soap over her breasts and under her arms, scraping off the excess into the container.

The old man approached her, and Malila’s reserve withered, cringing at his close approach. Malila yelped as he sprayed cold water onto her from a water bag. He threw her a faded square of fabric.