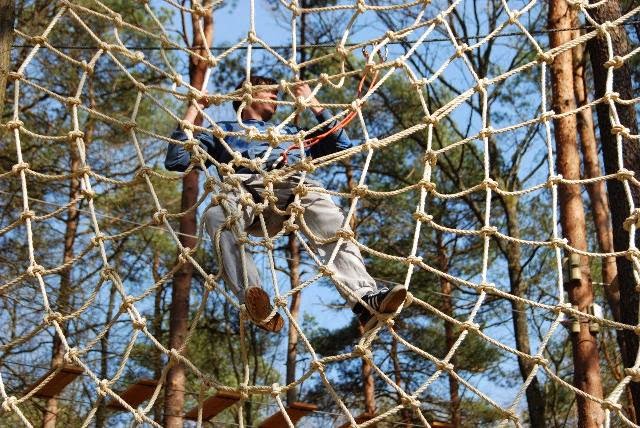 “Haven’t a clue, fecker. Stopped eavesdropping on that ensign has he?”

Iain laughed. “Nope, this is on top of that. Ya know that maintenance platoon that went missing last week? Well, it appears the looie’s implant is still skidding around the bottom of some outlander river. Khama’s intrigued.”

“One less hero of the Unity. Imagine my sorrow, would ya?” said Ciszek.

“Funny thing, Gunny, is that the lieutenant was an S08, bottom of the barrel.”

“Well, how Major Khama amuses hisself is none of my nevermind. What’s he got ya doing anyway, Doggy?”

“I set up an on the looie’s plug job every few hours. If she comes within a hundred fifty klicks of the Rampart, we get a signal.”

“I need to do anything?”

“As if I could trust you, Gunny.” He smiled. “Nope, the signal goes to Khama himself.”

“Sounds good to me, Doggy. Let’s sit down and go over the new enunciation protocols before ThiZ time, okay?”

Feigning work, Iain watched as Jasun walked over to his workstation and reversed a blue folder from its habitual place. Someone from Ciszek’s faction would notice, no doubt, and would report the odd occurrence to his handler. Iain was sure to meet his own handler, a woman he knew as Shirley, within the day.

The factions were quiet for now. That was good. He had come to like Jasun, even if he belonged to the wrong faction. He really wanted things to be peaceful for a while, at any rate. He was distracted.

Monee’k was quite a distraction.

Jourdaine’s Presence was his own discovery from years ago while he had been a mere ensign. He had told no one about it since. Jourdaine did not have a foolishly generous character. Really, he thought of it as the unintended reward for attempting to rescue the COREd-out protégé of his commander Major General Divny. For reasons that escaped Jourdaine, the old man, almost a Sisi himself, had decided to rescue his E7 boyfriend from a CORE coma.

“You know him, don’t you, Eustace? He was a classmate of yours at the academy, wasn’t he? Olevar Thimosen? You could talk him out of it. It was a mistake, I’m sure. I shouldn’t have been so harsh with him. A bit too much ThiZ, and he looked into the CORE. I found him at my apartment, dead to the world. He’s at Bellvu now. We have to do something!”

“It would mean trying to go into the CORE myself, sir. I-I’m not sure, sir.” Jourdaine had sensed his heart pounding in his ears.

“I’m not a fool, ensign! I have a CORE tech on the strength. He has an idea. The implants have their own ID number, of course. He can reprogram your implant. Get you to poor Olevar’s locus in the CORE in one shot. Olevar trusts you. He’ll listen to you, and we can put a tracer on you … give you a way back. It’d mean a promotion for you, just for trying. I know I’m asking a lot, but if this works, think what good it would do for all the other COREd-out citizens?”

Jourdaine indeed knew young Olevar. They had been more than classmates but less than lovers. Olevar had abandoned him the month before Jourdaine had gone off to Officer Training School.

After an admittedly long period of self-loathing, Jourdaine had bounced back to what he’d hoped was a competent sober officer. When Olevar had joined Divny’s professional family as a protégé, neither of them had acknowledged their previous attachment.

“Yes, sir. Of course, sir. For the good of the service. I am sure he will know me. I consider it a great honor, sir.”

His stomach lurched at what he was saying.

“That’s my boy! I’ll contact Pippitte right away. He’s the CORE tech. One more thing: When was your last ThiZ? Pippitte wants the attempt to be done cold, off ThiZ at least for forty-eight hours.”

“Good, it will give us some time to set up. Go see to transferring your assignments, and we will contact you. Dismissed.”

Taking ThiZ was the only way he knew to navigate the rest of the day, and now that was taken away as well.

After the wrenching diarrhea and nausea of the next two days, the little of Jourdaine’s confidence had drained away with the toilet flushings. Nevertheless, he came when summoned.

Pippitte turned out to be a dark little man who talked to himself. Jourdaine was required to wear some sort of orthodontic apparatus that allowed him to hear Pippitte even when he was in the CORE.

The first few attempts were futile. The CORE illusion using the standard O-A was of gleaming mental corridors, branches, turnings, doors, passwords—a net of connections, passages, and information. Jourdaine easily slid along the illusion at Pippitte’s direction, his nausea subsiding as he went on, even as the man’s mutterings grew less helpful. In the end he ignored them.

He reached a blockage. Pippitte’s plan was foolish, really. No two consciousnesses could occupy the same locus at the same time. Jourdaine was preparing himself for failure when he glimpsed the dark line along the wall. It should not have been there. Questing along the line, it moved to his command.

He pushed again; it opened to blackness. He looked around to see if anyone noticed.

He moved through the gap more from frustration than curiosity to find himself in another reality. Nothing was “up” unless he told himself so. He looked back at the defect he had discovered. The bright corridors of the ’net stretched around him but were different from this vantage point, “the outside.” It looked like patchwork, as if made of plates. He expected it was code segments.

He had escaped the interior of the ’net; he was outside. His disembodied bowels began to rebel. He was floating free. He would be lost … like so many others. In panic, his mind yearned … quested … to touch the merest edge of the crack from which he had just emerged, to find a handhold, something solid … and it was so. Gracefully, his Presence swept back to the fissure, and Jourdaine reached out a “hand” to run along the edge. It sizzled coldly at his touch.

Finding Olevar was just as easy. Jourdaine thought of his name and was drawn the short distance to the locus. He could tell it was Olevar somehow; he had the right smell. However, the tornado of swirling thoughts surrounding Olevar battered Jourdaine away. Olevar recognized him.

“What are you doing? Why are you here? Useless. I’m so cold. Where are all the pencils? The general … wanting … Don’t! Why? Go away! Og ywaa?”

Olevar was continually terrified of falling, but his frenzy was like a buzz saw to Jourdaine’s touch.

Pippitte’s urgent mutterings broke through to Jourdaine, even here, and ordered him to return. Once back, Jourdaine just told them he had been successful in contacting Olevar. The general was pink with hope. Pippitte wiped his mouth on his sleeve and asked for his apparatus back.

Jourdaine went again. He had to. Divny demanded, cajoled, and eventually ordered him, then fell to wringing his hands during Jourdaine’s attempts. Later, Jourdaine’s questing mind went unsupervised. He stopped using ThiZ. He was learning.

The CORE, outside the limitations of the Unity conventions, was a great temptation.

The lights, sounds, concepts, and jangle of identifiers flashed by, oblivious to Jourdaine’s freed Presence. In the CORE but outside Unity restrictions Jourdaine claimed a new world as his own.

Sitting near Olevar’s turmoil, Jourdaine watched huge magenta engines of commerce chunter by, flaking off RFPs in the same color that scattered in six directions. Svelte ellipses of the arts in myriad colors teemed in a large scintillating ball in the distance, waiting for sponsors, occasionally fountaining off into smaller groups, then recombining. Individuals appeared to him, at a distance, to be wraithlike squiggles, nodes that, while appearing to fill the space, were invisible when he looked past them, varying in appearance only once focused upon. Whole dimensions of meaning were somehow compressed into the scene, obvious to him but near impossible to describe once he had exited.

Only with difficulty did he go back to Olevar.

“Olevar, it is me. It is Eustace. You know me. You liked me once. Remember? You don’t have to do this. You can come back with me. Everything will be all right. Divny wants you to be happy. I want you to be happy. Just take my hand … Olevar, it’s me,”

he said again and again.

At first that had slowed the maelstrom of mirrored thoughts, but only at first. Olevar had stopped talking after the first few times. At intervals, he lashed out with bursts of sensation: heat, cold, a stench of death, quinine bitterness, and pain. But far worse were the memories: memories of Eustace being taunted by his crèche mates, Olevar’s own abandonment, Olevar’s ascendancy as Divny’s protégé, his smug disdain for the plodding Jourdaine.

It was all he could offer, unarmed as he was before the mounting violence of his friend’s circular thoughts. Battered, he would leave for a few hours, only to be forced back by Divny’s mounting anxiety and threats.

Jourdaine recounted to Olevar his own memories, random but always containing something that he should recognize: a teacher, a matron, a lost friend. Eventually, mercifully, it worked. Jourdaine never knew what it was that stopped Olevar’s whirling intensity of self-loathing. The chaos slowly petered out like a dying top.

For the first time, Eustace saw what had become of Olevar in the mirrored corridors of his thoughts. Wizened, sapped of vitality, feral, his face in the illusion of the CORE was nevertheless unmistakable. Jourdaine still shivered anytime he thought about it. The face was there, the same smooth brow and gentle mouth, but now creased with rage, guile, and savagery. In repose, the face relaxed almost to beauty—until Olevar recognized Jourdaine.

“Little Useless, come to fumble, have you? Clueless Useless, fathering baby. Feck off someplace and fumble yourself!”

“Olevar, I came to help you come back.”

“You help me? Help me? You have nothing! Nothing to help me!”

Jourdaine had tried again and again, but that one thought was the only one he got from the creature that Olevar had become. Pippitte told him to return. By then, Jourdaine was weary and repulsed by the creature.

In his disgust, Jourdaine killed Olevar just before he left.

Sacrifices had to be made.

The boy’s body died a few days later. Jourdaine’s report to the general described how the damage was too severe. It gave no mention of the illusion of Jourdaine’s hand sliding along the slender silver tether of Olevar’s life and severing it with a paroxysm of disgust.

The exercise had gained him rewards. Divny had given him an excellent efficiency report and, after being denounced, had not suspected Jourdaine’s betrayal. In his grief, the man had no longer cared.

Thus, Jourdaine learned to be a thinking Presence, a resident phantom in a land peopled by tourists. He alone had plumbed the possibilities of the CORE. He could project his Presence into the CORE itself and thence to another O-A recipient.