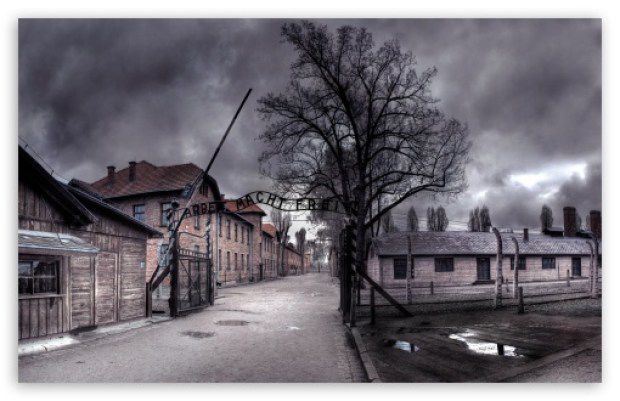 Suarez pronounced sentence upon her. When the portal to Malila’s quarters unlocked, a detail of CRNA guards entered, disarmed her, and took station ahead and behind as they double-quick marched her out of the building. None spoke.

Edie was gone; her O-A was now a buzzing blur of static.

All Malila could see ahead were the moving black backs of her guards. She caught glimpses of startled citizens watching her as she jogged past, their faces the odd mixture of horror and the quiet glee of the uninvolved spectator. The tramp of the soldiers’ boots surrounded her. The weight of a full bladder made her fear shaming herself before men she might have commanded. Her lungs burned.

It was nightmare hours later before the heavy metal door closed behind her at Battry Island.

Malila found herself in darkness. Throughout that fetid, damp, and dark imprisonment, a thought animated her. She searched on hands and knees, finding no bed, water, food, or shard of glass. Only in failure did she weep. With no weapon, the satisfaction of leaving her tormentors with only a corpse was beyond her.

In the middle watches of the night, Malila’s eyes adjusted, finding the cell not entirely dark. A single ray of light gleamed around the door, lighting a fingernail-sized patch of concrete floor. Malila emptied herself into watching the particle of light, small, like a faint star. Her nausea retreated. If she looked too directly, it vanished. By studious disregard, she was able to sit and watch its steady unmoving radiance. She was still crouched near it when they came to get her.

Again, there was the storm of barked orders, movement, nausea, and the clang of locking doors. She was thrust into a seat, hot light blinding her. Her O-A came alive. The face of a young ensign, an S16, loomed into her mental vision, capturing all her senses instantaneously.

“You are hereby assigned a rank of S08 without privileges, pay, or entitlements.”

“You are ordered to assume temporary command of Platoon B, Second Company, Twentieth Battalion. They are to act as your security detail.”

“On completion, you will report to Correctional Facility 221c.”

The O-A went dead before she could say, “Yes, sir!”

Nausea and the watery sensation of fear returned.

For long minutes, she heard only the whine of the engine and sensed herself rising, unable to withstand the sun’s glare enough to open her eyes. Almost against reason, she grasped she was not going to be Sapped. She had been given a mission.

She opened her eyes and looked into the belly of the skimmer. It was filled with an unknown platoon of helmeted CRNA troopers. The CRNAs had paid their debt to the Unity, and anonymity was a way to preserve their usefulness after Sapping. CRNAs never removed their helmets in public, and one never entered their barracks unannounced.

Last night she’d had no opportunity to end her shame. Now she had an opportunity to redeem herself. She had a command, if only for the duration of the mission. She had a job, if only a dirty and trivial job. If she failed, she expected nothing but Sapp and a mindless life as a CRNA foot soldier. If she succeeded, perhaps a return to the active service. It was possible.

Acting Second Lieutenant Malila Chiu watched from the jump seat of the skimmer as it floated over the extended city of the Unity and headed west.

Malila tried to calm herself. She had always tried to admire the design of the city. Stark-white residential buildings around neon-green community squares near black factory sections repeated as far as the eye could see. Skilled workers could walk to their jobs and return to snug apartment homes around parklike squares designed for trials, festivals, and celebrations. The pattern stretched away in every direction, accentuated by corridors left for water, sewage, power and intraurban transit. The Unity was one city, from the southern stretches of sea sand to the rocky coasts of the North. Despite herself, Acting Second Lieutenant Chiu smiled at being under way and under orders.

“Ever see the farm belt, Lieutenant?” crackled the voice of the pilot, breaking into her reverie.

“Call me Jayden. Right seat here is Sofie. Wave to our supercargo, Sofie!” A hand fluttered overhead from the right-hand seat, which was turned forward, away from her.

“Here it comes. They just got in the maize and soybeans, so it is pretty barren right now. You should see it in the spring,” the pilot’s voice buzzed into her headphones.

Even at this height, Malila smelled the reek of open brown earth, the tang of rot, and the pungent stench of manure. She had never been airsick before.

“Where are the animals?” Malila asked.

Jayden turned in his seat, his voice coming in through her headset.

“I’ve never seen them from the air. I suspect they are penned up below ground … saves land. What ya think, Sophie?”

“I think it smells like shit, Captain. Permission to increase speed.”

Jayden shrugged at Malila and turned back to the controls.

Malila saw no people. She was watching a train with flatbeds carrying huge green machines moving north when she became aware of the band of abysmal blackness just slicing the horizon. No photograph, comm’net, or CORE sim did it justice. The power belt ran the length of the Unity. Underneath the kilometers-wide power panels lay the real heart of the Unity’s energy: the storage farms that stretched under the landscape, far larger than the panels themselves.

“Behold the power that moves us all,” intoned Jayden as the band filled the entire field of the windshield.

Sophie turned and rolled her eyes at Malila before turning back without saying a word. Malila smiled. It felt good.

With difficulty, Malila pulled her eyes away from the featureless blackness of the power farms back to the horizon. No-man’s-land, interlocking sensors and integrated projectile-fire stations sweeping the free-fire zone, came next. As they neared, Malila saw small heaps of scorched feathers littering the plowed earth.

Then came the Rampart.[1] The Rampart itself was no longer made of anything so crude as concrete. It showed on the horizon as a single line, even from the skimmer’s altitude. It loomed closer, unbroken and resolute. The pulse cannon muzzles along a kilometer curve of the Rampart detected the approaching craft, moving in unison. Even at this distance, Malila saw the bottomless black stare of the weapons. She licked her lips.

Malila heard a distant and imprecise buzzing in her earpiece.

Only when Malila saw the pulse-cannon muzzles drop away from the skimmer did she realize she had stopped breathing. She tried to cloak her too-rapid intake of air.

“Yep, it has that effect on most people the first time,” Jayden’s amused voice whistled through her headphones.

“You can’t tell, but this section is the Western Gate. Try passing anywhere else except at gates, and it doesn’t matter if you have all the codes in the world! Ka-phizzzzt!” he said before laughing.

Most pilots were ThiZed out most of the time, Malila knew; Sofie giggled.

The skimmers floated over the furrows of sundered earth and into the outlands. Something grew out of the debris to rim the destruction with venomous green-and-purple tumors.

The skimmers’ rate of climb was shallow, despite its ability to carry prodigious loads. Jayden took a circuitous route, following small waterless valleys, as they climbed and narrowed. Rank after rank of buildings, their black windows blown out, looking like gigantic stacks of dice in some unknown game of chance, passed underneath. Tall hollow towers, broken into thirds and lying amid the rubble of a mill, looked like ancient ruins. Despite all the simulations, the immediacy of the devastation troubled her. She fancied she could smell the stench of cold, wet embers and decay.

The skimmers reached the last curve of a valley and started a spiraling climb to pass over a series of ridges. Dark shadows of pines and hardwoods replaced the sere slopes and their relics. Before the Commendable Victory, when the People’s Republic (now the Unity) had accepted the submission of the enemy after being forced to blanket much of the wilderness with herbicide, the outlands had supported a generous population. It was impossible for Malila to imagine anything but primordial chaos, thrilling herself to a dose of domesticated horror.

Once free of the mountains, the landscape flattened. Crossing silver threads of rivers laced between dark forests, the skimmers pushed west. Malila made out faint rectangular traces among the trees. The land had memory, even if she did not.

By late afternoon, the skimmers approached their LZ. Despite the blaze of gold, scarlet, and orange leaves, the forest looked less exotic here. The bunker, at the center of a wide free-fire zone, was low and brooding, its four sides windowless and sloping to a flat roof spiked with antennae and weapons. It was an ugly edifice, an unvarnished statement of Unity power.

The skimmers landed. CRNA squads jogged out to secure the tree line. Three-quarters of an hour later, Malila left the skimmer to take possession of Sunprairie.

She was barely on the ground as she heard the ramp door closing behind her and the Skimmerhorn drives accelerating. Willing herself not to watch, Malila heard the skimmers lift free and speed away. It was a policy of the Unity that aircraft minimize their time at low altitude, ensuring that the barbarians never captured advanced technology. Apparently, acting second lieutenants were not a commodity the Unity felt compelled to conserve.

[1] “The Rampart was built just after the Scorching (October AU 8 to February AU 12). Thousands of savages from the final defeat of the outlands (AU 5) attempted to escape disaster by entering the Unity. Wave after wave died under our guns, but not without horrendous losses. It was then that the Solons proposed building the Rampart, and the people heroically responded. Over the years, the Rampart has grown, remaining the boundary marker between chaos and order, famine and plenty, dark and light. The Rampart itself has changed from a few strategic forts into a symbol of the Unity itself, its foundations washed at either end by the sea.” B. Gore, ed., A Young Citizen’s Guide to the History of America, 3rd ed. (Boston: Prometheus Press, AU 71), 210